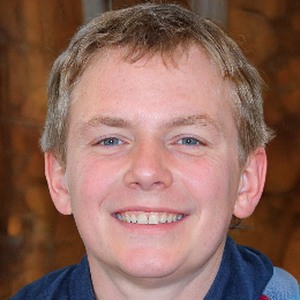 The recent discussion about rape caused me to consider what is really behind this desire of so many women. Many women fantasize about being raped. It is a common theme in many romance novels read by millions of women. It is well documented in academic journals where such subjects are investigated. It is always a scary undertaking when we explore the darker or primal side of our natures.

We can discuss the merits of the use of the word “rape” ad infinitum. But the question remains – why is this experience so important for so many women? I would like to move past the word and on to the experience Sarah was trying to capture in her article.

Being a man, it is difficult or even impossible for me to fully understand a woman's desire to be dominated by a man in a sexual act. After Sarah's article appeared I spoke with my wife asking her why was it that so many women entertain such fantasies. Her response was quite simple. She told me that many women, including her, desire a sexual experience in which they are physically and sexually dominated by a strong male.

She describes it as a mixture of feelings that are both scary and exhilarating at the same time. My wife emphasized that it is very important that it not be something she can control. All control must be stripped away. Those women who desire such an experience do not want to have to ask for it or orchestrate it; otherwise it loses its power to move them. This loss of control over their bodies is the key to the whole experience. It must be raw, animalistic, scary, forceful, unpredictable, hot and sweaty.

Although “rape” is such a loaded word, it does reveal something about the nature of the desired experience. For some woman there is something very powerful about being ‘forced’ to submit to a stronger male. It is about being possessed and yes – taken. If you were to think about it, it may not seem reasonable. But it is not about reason or thinking, it is about being caught up in a powerful experience which fills all one's senses. It is primal. It may be that some women want only the masturbatory fantasy, but others want to move beyond the dreaming and sexual longing and experience the real thing.

In some important ways being sexually taken, for a woman, is no different from what happens when her man spanks her. He takes control of her by deciding when it is going to happen and by determining how and what is to happen during the disciplinary session. It happens despite her protests. It could be argued that a spanking is different in that it is not necessarily an erotic experience, especially at the moment of its delivery. But it is similar in that it is primal: it is about loss of control. I believe this is where its power lies. What ties these two experiences together for my wife – being sexually taken and being taken in hand – is that at some point she surrenders to it. And although at first she resists, in the end she surrenders to the will of the man who masters her.

Despite its controversial nature, Sarah's article and the consequent discussion gets to something deeply profound about our sexuality as men and women. Although I am certainly not a theologian, I have always been fascinated by this part of Genesis 3:16: “and thy desire shall be to thy husband, and he shall rule over thee.” If we leave aside the theological interpretation (please allow me some literary licence) and see it as a purely mythological archetype, for me it simply demonstrates the powerful feeling a woman has for a man. It is this desire that lies beneath our thin veneer of civilized mores and behavior. Although I don't feel I have the words to adequately convey this mystery, I do know firsthand its power to move my wife. And in the final analysis, that is what matters to me.

Edit this block to edit the article content or add new blocks...